“One of the main buzz words around Robert Yune’s debut novel appears to be “coming-of-age.” While it’s right to categorize Eighty Days of Sunlight as such, there are a number of formulaic expectations of other (often more commercial) coming-of-age stories that Yune’s novel subverts. This is to say that the novel never falls prey to the general melodrama of other coming-of-age protagonists, who learn to define themselves through self-evident climaxes and other one-and-done experiences.”

— from Monique Briones’ review of my novel for Hot Metal Bridge.

Obviously, I’m biased, but this is such a well-written review. One terrifying thing about putting a novel out into the world is that it no longer belongs to the author–not really. In Slaughterhouse-Five, Kilgore Trout describes writing as “opening a window and making love to the world,” but he can never really tell if anyone out there appreciates or connects with his words. But publishing a novel can also be liberating, especially when you know that it’s in the hands of readers who are open and generous.

In her review, Briones keeps her focus on the “coming of age” aspect of my novel but is also able to explore other aspects, such as race and identity. Writing a review is difficult, and I appreciated how she was able to keep the whole thing balanced and concise.

It’s fascinating to see anyone’s interpretation or reaction to one’s work, and let me just say that it’s strange (in a good way) when someone is able to articulate one of your ideas better than you probably could. I’ve had a number of great experiences as a published novelist, but this is definitely one of the highlights. 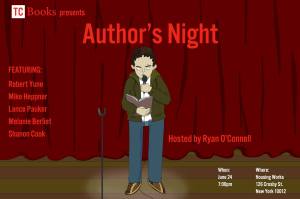 Also, if you’re in NYC, I’m reading on Wednesday at the Housing Works Bookstore with Mike Heppner, Lance Pauker, Melanie Berliet, and Shanon Cook.  Memoirist Ryan O’Connell is hosting, so I know it will be a great time.  The event starts at 7.